Trangie Truck Show toughs it out 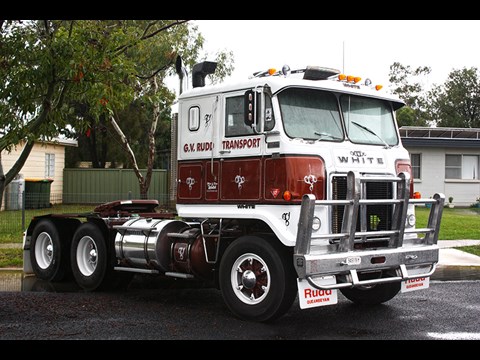 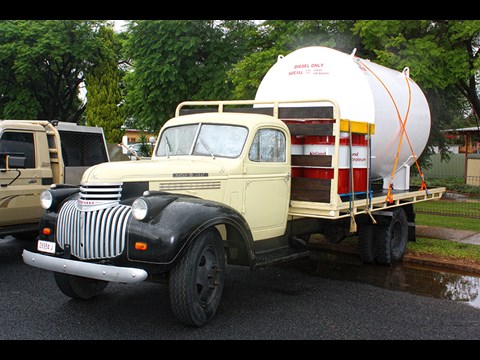 As well as its new rig, Inland Petroleum had this well-presented Maple Leaf Chevy on show 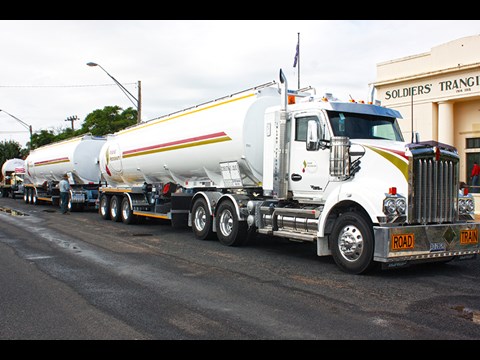 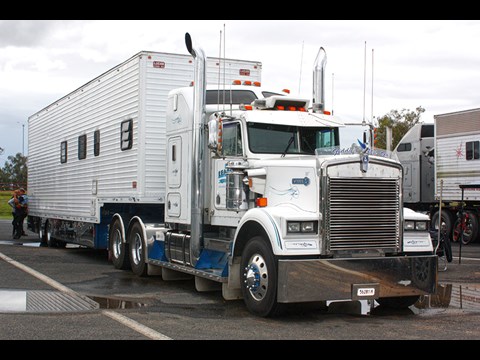 Doing it in style, this Western Star is a home away from home 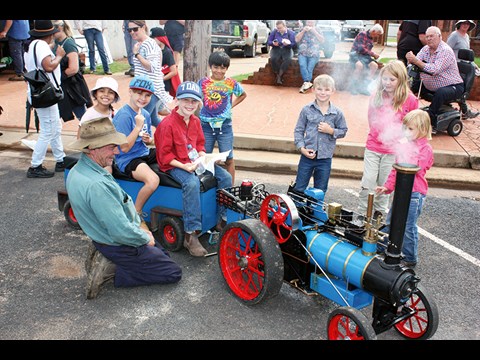 This hand-made steam engine had the kids enthralled

It was with a wet set of clothes as I tried to wash the truck, ready to head out the Trangie Truck and Tractor Show on Saturday, April 9. But the more I washed, the more it rained, so I gave in and thought at least I will still be there.

Setting out from Dubbo, it rained all the way to Trangie and into the first hour of the truck show. But luckily, around 9am, the rain lifted with only a few sprinkles, continuing after the ceremony and awards at the showgrounds around 3pm.

The organisers had said the show would go on and they stood their ground. They were rewarded with a reported 200 vehicles that entered across all categories – trucks, cars, bikes and tractors.

It was well done to all who braved the weather and to all the organisers and crew behind them for what turned out to be a terrific effort.

Local shops and community groups had steak sandwiches cooking, and coffee, tea and cakes for sale. The main street was busier than it has been for some years – since the last truck show at least. Naturally a few attendees ended up at the pub.

The showground had a variety foot outlets plus a market. However, while the tractor pull had to be cancelled, the demolition derby gave the hangers-on some fun and excitement, despite the rain returning shortly before the start. They breed them tough in Trangie.

As well as the truck awards, the organisers are working on Trangie’s own Hall of Fame. While they don’t have a building yet, the first six members were inducted, all local and industry stalwarts and long-time transport operators.

Apparently, the reasoning behind the introduction of the Trangie hall is due to the big Alice Springs Hall of Fame being a road too far. Organisers feel that having something close to the centre of New South Wales would be of benefit to the transport industry and could go on to become a regular special trucking event.

Feedback following the Trangie Truck and Tractor Show had the town agreeing that local businesses, residents and, of course, all the truck owners and drivers that it was well organised and worth the visit, despite the wet weather.

Well done to all involved and let us hope the sun shines on the show next year.

Sign up to receive the Owner Driver e-newsletter, digital magazine and other offers we choose to share with you straight to your inbox 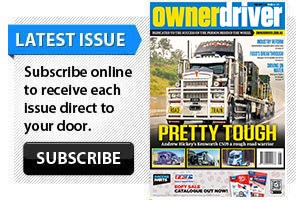