Truck drivers were allegedly underpaid more than $143,000 over three years.

A former Linfox sub-contractor will face court for allegedly underpaying truck drivers by more than $143,000 and then using false records to disguise his actions.

The Fair Work Ombudsman (FWO) is prosecuting Sumerdeep Singh, whose now defunct business is accused of underpaying 12 drivers between 2011 and 2014.

Singh’s business, Sumer Bagri, was transporting groceries under a contract with Linfox, which had been contracted by Woolworths, when the alleged underpayments occurred.

The FWO says the drivers, who delivered groceries in and around Coffs Harbour on the New South Wales north coast, were on flat hourly rates of between $17 and $23 from Monday to Sunday.

It claims the drivers did not receive their correct hourly rates, casual loadings, and penalty rates for weekend, overtime and public holiday work.

This is despite the FWO saying Woolworths paid Linfox enough and then Linfox paid Singh sufficient rates to ensure he could meet his payment obligations.

The Ombudsman looked into Singh after one of his former truck drivers contacted it to lodge a complaint.

But after the FWO asked Singh to produce records, it claims he presented inspectors with falsified time sheets to make it appear employees received higher pay rates than they did.

The FWO says the records allegedly misstated the number of hours employees worked and also showed Singh had himself performed driving duties during a period when he was actually in India.

Singh faces maximum penalties of between $3400 and $10,200 for each contravention.

The FWO says it will seek a court order for any penalties imposed to be paid to the truck drivers, who to date have not received any of the money they are allegedly owed.

A penalty hearing in the Federal Circuit Court of Sydney is scheduled for April 12. 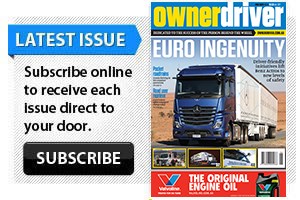